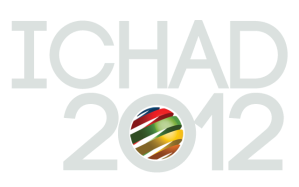 International Conference in Health in the African Diaspora (ICHAD 2012) brings together a broad spectrum researchers, policymakers, health and development advocates, and health journalists from across the globe. Conference participants will share critical knowledge about major health challenges confronting African descendants, including chronic disease, HIV/AIDS, maternal and child health, mental health, healthcare access and quality, and the social determinants of health. ICHAD 2012 will have nearly 30 speakers from a dozen disciplines focusing on 14 countries, including Belize, Brazil, Canada, Colombia, Jamaica, Panama, Peru, and the United States. The project will produce a book comprising conference papers and will be held July 4-8 in Baltimore, Maryland, USA.

Dr. Thomas LaVeist–a well known health disparities researcher at Johns Hopkins Bloomberg School of Public Health calls the conference “a ‘case study’ of a regional population with a peculiar social history.” He said this history has given rise to social, cultural, and economic patterns that, in turn, perpetuate distinctive racial patterns in health.

Today, there are approximately 160 million descendants of the Transatlantic Slave Trade living in the Western Hemisphere – from Canada to Argentina.   Roughly 3 out of 4 blacks in the region live south of the US border.  During the period of slavery, which lasted from the 15th to the late 19th centuries, African captives were shipped across the Atlantic and dispersed widely throughout North America, Latin America and the Caribbean.   The demise of slavery was promptly followed by regional patterns of racial marginalization.

Sharp racial inequities persist to the present day.  Throughout the hemisphere, people of African descent tend to live poorer and sicker, receive less health care and a lower quality of care, and die younger than the general population.  Afro-Brazilians are twice as likely to live in poverty compared to the general population.  In Colombia, babies of African descent are twice as likely to die before their first birthday compared to the national average.   The same distinctive pattern holds true for African American babies in the United States.

ICHAD 2012, which will be held July 4-8 in Baltimore, Maryland, USA, is a multidisciplinary conference that will explore how the descendants of the slave trade are faring and what can be done to improve their health.  “History provides a powerful lens for understanding the present,” said LaVeist, “because it shows how the social determinants of health operate across time and regional geography,” said LaVeist.

ICHAD 2012 is organized by the Hopkins Center for Health Disparities Solutions of the Johns Hopkins Bloomberg School of Public Health.  The conference is funded by a grant from the W.K. Kellogg Foundation.   To register or obtain more information, visit www.ICHAD.com.  The website is available in English, Spanish, and Portuguese.