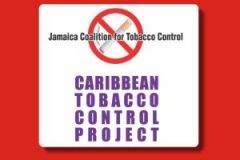 The following message came from Debbie Chen and the Heart Foundation of Jamaica. Just as tobacco companies are using every marketing and communication method to increase the uptake of cigarettes and other tobacco produces, we in the public health community have to find innovate ways to counteract their practices.

Just when we thought it couldn’t get any worse with the continuing delay of the tobacco legislation here in Jamaica, and the subsequent arrival of a US based “Roll Your Own” (RYO) tobacco company setting up business here with plans to expand in the Caribbean; we now have yet another entrant to the tobacco market to contend with.

This company imports cigarettes from Uruguay called “bama” and states that they are 25 % cheaper than one of their competitor’s brands. They state in the attached news article:

“We will be utilising unique marketing to get bama’s cigarettes out there in the public consciousness. We realise that we are up against entrenched brands but we have a very good product. We will be embarking on a community’s tour which begins on January 20 and goes on until February 29. We will first begin in communities in the corporate areas and will undertake talent shows seeking out the best in these communities. We will be brining the best entertainers on the road with us and will be doing 12 shows in six weeks to heighten brand awareness”

The company have also placed advertisements in the print media (see attached) – something which, by gentleman’s agreement with the leading tobacco company here (Carerras) had not occurred for several years until recently. To make it worse they plan to extend their reach in the Caribbean. They state that they: “plan to expand to St. Lucia through an in bond vehicle”. You may recall the RYO tobacco company also has plans to expand throughout the Caribbean and are actively seeking persons interested in owning a franchise.

The Jamaica Coalition for Tobacco Control (JCTC) has written to the editor of the several local newspapers about this issue (see attached) and the Ministry of Health are aware of the situation. The only way to stop this scourge from spreading in our respective countries is for the tobacco control legislation to be passed based on the Framework Convention for Tobacco Control (FCTC). And once the legislation has been passed (as it has been in Barbados and Trinidad and Tobago), there has to be monitoring. Non communicable disease is the leading cause of death in our region, and tobacco smoking is a common risk factor for all these illnesses; and it is the most preventable. I would encourage you all at your country level to get involved in tobacco control efforts and speak out against this type of situation which, apart from being a health issue, is also a threat to social and national development.

We will in the very near future be restarting our regional tobacco control network. Some of you will recall that through the InterAmerican Heart Foundation we had a Caribbean Tobacco Control group, which at the time was focused on getting countries to ratify the FCTC. The IAHF Caribbean Office (based here at The Heart Foundation of Jamaica) will restart this “virtual group” in collaboration with the Healthy Caribbean Coalition (based in Barbados). We will establish a Facebook page and an email group. We would then use that medium to keep each other informed about tobacco control issues in our countries. As we see from this situation, what happens in one Caribbean island eventually spreads throughout the region.

Let us work together to fight this deadly industry – remember, it is the only legally available product that when used exactly as the manufacturer intends, kills people. Yes, the task may seem unsurmountable – but I believe the situation would be far worse if we did nothing.