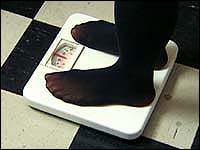 One of the top news stories out of Dominica in the past week is that the island has the lowest obesity rates in the region. The report was written after a (epidemiological) survey from several islands, including St. Kitts, Barbados and the British Virgin Islands. Despite not having the highest rates, 9 percent of males and 33 percent of females on Dominica are obese, according to epidemiologist Dr. Paul Ricketts.

Today, Dr. Ricketts revealed that diabetes and hypertension are among the top ten leading causes of death among Dominicans.

“This is very significant for us and if we look at it by gender, you can see that again that diabetes and hypertension are in the top five causes of death whether you are a male or female, perhaps more so significant for females. If we look at the last five years that we have data for, when we aggregate this, you will see that diabetes, in fact, is a major player in terms of the underlined cause of death coming in at number two as well as hypertension. They’re both in the top five causes of death in our country.”

In light of today’s news, one should revisit the discussion on obesity rates, after all, obesity (and being overweight) is one of many risk factors for diabetes and hypertension. Therefore, having the lowest obesity rates was something to boast about only if other factors were/are ignored.

I have done other posts of encouraging active living, reducing salt intake, and general CNCDs.

The full article on obesity can be seen here and on diabetes and hypertension here.

The image above can be found at http://hairoun.blogspot.com/2005_10_01_archive.html where the blogger discusses St. Vincent and the Grenadine’s obesity weight.